This song by H.E.R. captures the sentiment of Advent. Written by two of my favorite singer-songwriters, Scott Mulvahill and Alanna Boudreau, Lord is Coming evokes that depth of longing for justice. In the midst of the lion’s den, in the midst deep injustice, in the midst of seeming hopelessness, there is hope that is known even if it is not felt.

And yet, the Lord is coming.

To imagine Mary as the birth of Christ neared – how was she longing? How was she preparing? In the Magnificat (Luke 1:46-55), she sings these words:

He has cast down the mighty from their thrones, and has lifted up the humble.

He has filled the hungry with good things, and the rich he has sent away empty.

How much we too must long for this justice! Christ indeed is our hope; He is here, yet He is coming. Come, Lord Jesus, come!

Theotokos, pray for us! 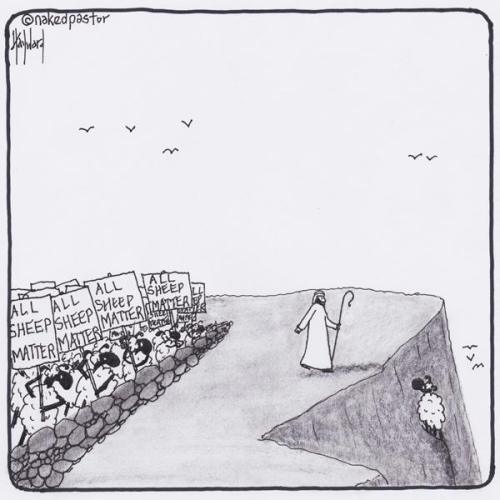 I am an American.

I am an American by birthright.

I am an American by birthright through Taiwanese immigrants.

120 years ago, the Supreme Court ruled that Wong Kim Ark was a valid US Citizen through birthright, despite his parents not being American citizens. In fact, according to the Chinese Exclusion Act of 1882, Chinese immigrants were excluded from naturalization. Wong Kim Ark was detained and denied re-entry upon returning to the US from China even though he had documentation of his citizenship.

My own encounters with going through Customs has often had this shadow of a thought: “what if they don’t believe me?” What makes me a citizen of this country? A birth certificate? A bunch of paperwork? Jurisprudence? Throughout my life, I have felt a consistent need to prove that I am a ‘true’ American. The feeling of humiliation and constant reminder of being an other in this country have occurred through “where are you from?” questions and being denied an internship opportunity due to relationships with family back in Taiwan and being scoffed at for not knowing my grandpa’s Anglicized name since I always call him 阿公.

In 1943, Chinese immigrants were finally allowed to naturalize; it wasn’t until almost a decade later that all Asian immigrants were given that opportunity. Now, white nationalists and my President are trying to erode and erase the foundation of my citizenship.

I was born an American citizen off of the long-suffering fight for justice. I know that many might view my family and I as some sort of special exceptions – “you all are good immigrants! Don’t worry, we got your back.”

But the reality is that I am not your Asian exception.

Our livelihoods are tied up with the rest of our brothers and sisters. Refugees migrating north to flee violence propped by our government, armed vigilantes and military deployments to stop them, bomb packages targeting the targets of Trump, eleven – eleven people killed in my city by a domestic terrorist in the frenzy of fear whipped up against immigrants…

“My brethren, show no partiality as you hold the faith of our Lord Jesus Christ, the Lord of glory.”

A man with fair skin and in fine clothing walks into your neighborhood and you pay attention saying, “please come into my home, welcome to the neighborhood!”

Another man with dark skin and wearing a hoodie also walks in and you call the police reporting suspicious Skittles, ghastly grilling, pernicious presence and confront him: “I am standing my ground.”

“Have you not made distinctions among yourselves, and become judges with evil thoughts? Listen, my beloved brethren. Has not God chosen those who are poor in the world to be rich in faith and heirs of the kingdom which he has promised to those who love him?”

lament: for the children

Two days ago, the Grand Jury report on sexual abuse across six Catholic dioceses in Pennsylvania was released. The allegations are horrifying and disgusting. In my own Diocese (of Pittsburgh), there were 99 priests accused of child sex abuse over the past 70 years. Even though most of the clergy abuse occurred 30 or more years ago (and most of these clergy are now deceased), that such abuse was rampant is disheartening. Many policies have changed over the past 30 years, but we must continue to seek systematic changes, that such behavior is never permitted and justice swiftly executed, especially among those who are gifted Holy Orders.

As a Catholic, I must listen and lament, especially for those who were abused. For any clergy, now is not the time to be fearful, but to respond in humility and in love.

One of the great wellsprings of the Church is it’s social teaching. The Holy Spirit continues to guide and challenge us. How can it be that something that was once permissible is no longer? But is this not a sign that we as humanity have grown? The Church never stops growing more fully into the Bride of Christ, and our doctrine reflects (and does not contradict) this reality.

In the Catechism, it is now explicit: the death penalty is no longer a permissible option.

Recourse to the death penalty on the part of legitimate authority, following a fair trial, was long considered an appropriate response to the gravity of certain crimes and an acceptable, albeit extreme, means of safeguarding the common good.

Today, however, there is an increasing awareness that the dignity of the person is not lost even after the commission of very serious crimes. In addition, a new understanding has emerged of the significance of penal sanctions imposed by the state. Lastly, more effective systems of detention have been developed, which ensure the due protection of citizens but, at the same time, do not definitively deprive the guilty of the possibility of redemption.

Consequently, the church teaches, in the light of the Gospel, that “the death penalty is inadmissible because it is an attack on the inviolability and dignity of the person”, and she works with determination for its abolition worldwide.

So I rejoice, hope for, and will continue to support the abolition of the death penalty. I am so thankful for the consistent ethic of life which continues to unfold.

Yet, at the same time I mourn at the depth of sexual abuse that has permeated the Church. Justice must be pursued at all ends and broken systems must be shifted. How can we fight for life that is a shell of dignity? We must acknowledge how we have gone wrong, to seek forgiveness and make amends, and allow for transparency in the processes. There will be those who seek to harm others, but those who harm must be swiftly removed from positions of power and authority. Those who are harmed must be listened to, believed, supported. So we must continue to examine, listen to the Spirit, and change.

I AM NOT WHAT YOU THINK!

It was only a matter of time right? How could my city be left untouched by wanton violence against the black body?

I pray for you brother.

We can’t let you be in our country!

You are illegal. Even if it takes us taking away your babies, splitting up your family, what would happen if we showed mercy? There is hope, faith, and love, but the greatest of these is the law. You are taking all the jobs that we weren’t doing, paying the taxes that we benefit from, building up the communities that we’ve abandoned. There isn’t enough at this American table for you. All lives matter; but some lives matter more than others.

We can’t let you abuse SNAP and food stamps!

You can’t feed your family because you were irresponsible, you should have had less kids. Even though you already work hard or can’t find work where you live, we want you to remember that one strike and you’re out. Maybe if you stopped having so much sex outside of marriage, actually had multiple parents, or just had a couple of abortions you’d be better off.

We can’t pay you more than minimum wage!

You can’t afford an apartment because you are too lazy, you should have worked harder and gotten a better job. Even though there isn’t enough affordable housing, or you would have to spend more than 30% of your income, or work 3 jobs, it’s obviously your fault. Just think about all the corporations that won’t be able to make a killing if we pay you more. Corporations are people too. Maybe you should consider assisted suicide as you are a drain on society’s resources.

We can’t let you have access to adequate healthcare!

You can’t cover your pre-existing condition? Well who’s fault is that you were born with a disability, got cancer, or have been pregnant? It’s not ours. Are we our brother’s keeper? This is just natural selection and your life is obviously not worth living.

We separate children from their parents.

Lord, I lack words to describe my anger, frustration, tiredness of the hypocrisy of American Christianity. How empty it is the preach about the hope of new life from which we exclude ourselves.

Where are you Jesus?

Surely not in the sojourner, the refugee.